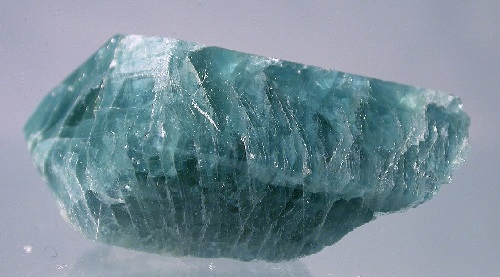 Recently, micro apatite crystals were discovered in septaria at the Milan locality in Erie County and indicated as the first crystalline occurrence of the species in Ohio. Similar crystals have also been sight identified from the Monroeville locality. Furthermore, a greater variety and larger apatite crystals have been observed at the Monroeville locality than were reported from the Milan site.

The initial report described tabular apatite crystals, bound by a hexagonal prism and pinacoid, of unidentified species and less than 2 millimeters in size. Two varieties were listed, white crystals with colorless rims or pale yellow crystals with brownish yellow centers.

Both of these forms have also been observed at the Monroeville locality where 4 distinct habits of apatite crystals up to 4 millimeters in size have been noted. All of the apatite found at both of the localities occurred between the 2nd and 3rd generations of ferroan dolomite and after the 2nd generation of quartz. 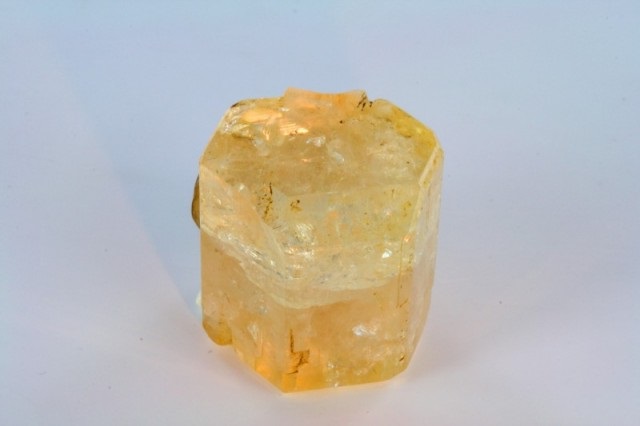 An example of a pale yellow to clear crystal with a bright yellow phantom outlined by a thin brown zone from the Monroeville locality is shown in the photo on top. The pinacoid faces of these crystals are often slightly convex to the point of eliminating the prism faces. 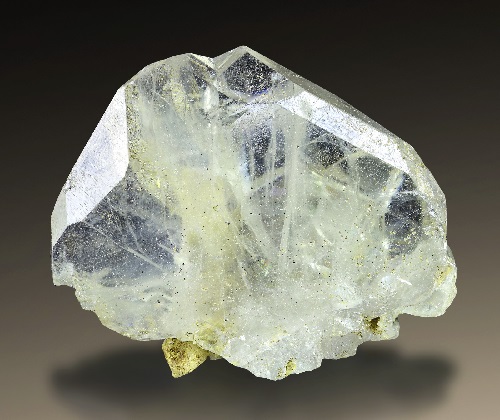 In addition, light yellow rosette-like crystals with brown edges have been found. An example of this habit is displayed in the photo to the lower right. All of the apatite crystals observed from this locality exhibit a distinctive white to sky blue fluorescence under short wave ultraviolet light.